Recipes (or receipts as they were often called) from the 1860s pose quite the challenge for the modern baker.

Each week this winter, we are taking on a new recipe and challenging our Facebook and Instagram followers to take on this technical challenge.

Can you replicate the recipe using only the instructions provided? 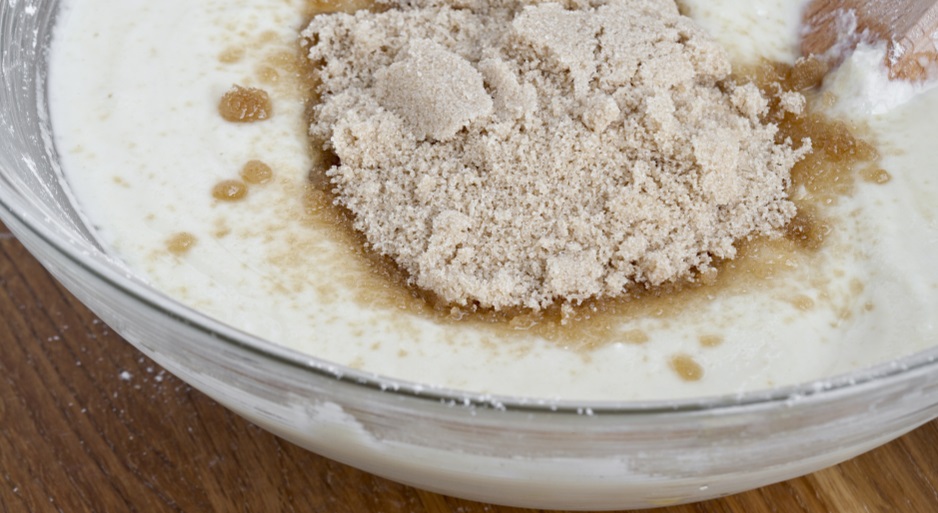 Some of the challenges you may face are:

No 115 Jumbles
Two cups of butter, two of sugar, three eggs, as much flour as will make it thin, and any good spice you like.

The Cook Not Mad was published in 1831 and is considered Canada’s first published cookbook.

As there were no copyright laws in the early 19th century, the book is copied almost word for word from a previously published cookbook from New York under the same name. This was a common and legal practice in the 1800s! 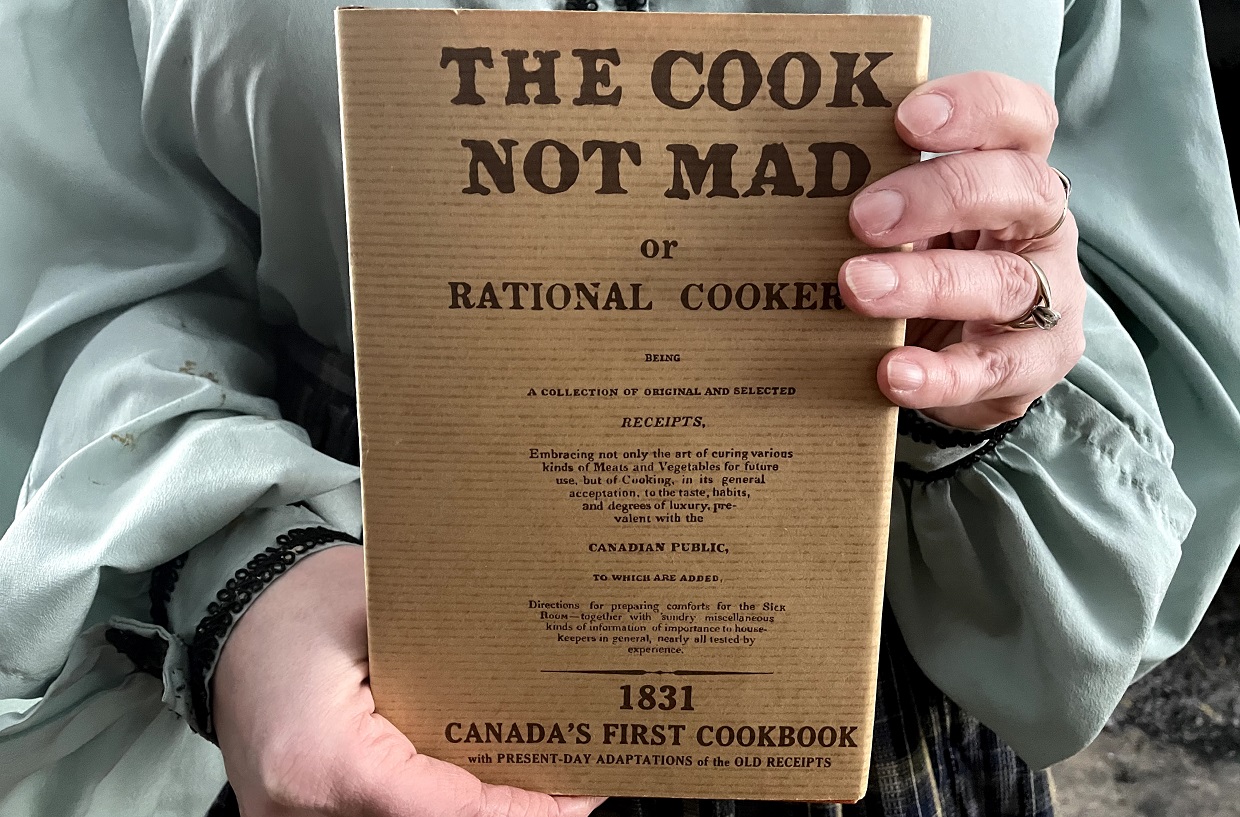 Mode: In making many sweet dishes, the whites of eggs are not required, and if well beaten and added to the above ingredients, make an excellent cake, with or without currants. Beat the butter to a cream, well whisk the whites of the eggs, and stir all the ingredients together but the soda, which must not be added until all is well mixed, and the cake is ready to be put into the oven. When the mixture has been well beaten, stir in the soda, put the cake into a buttered mould, and bake it in a moderate oven for 1½ hour. 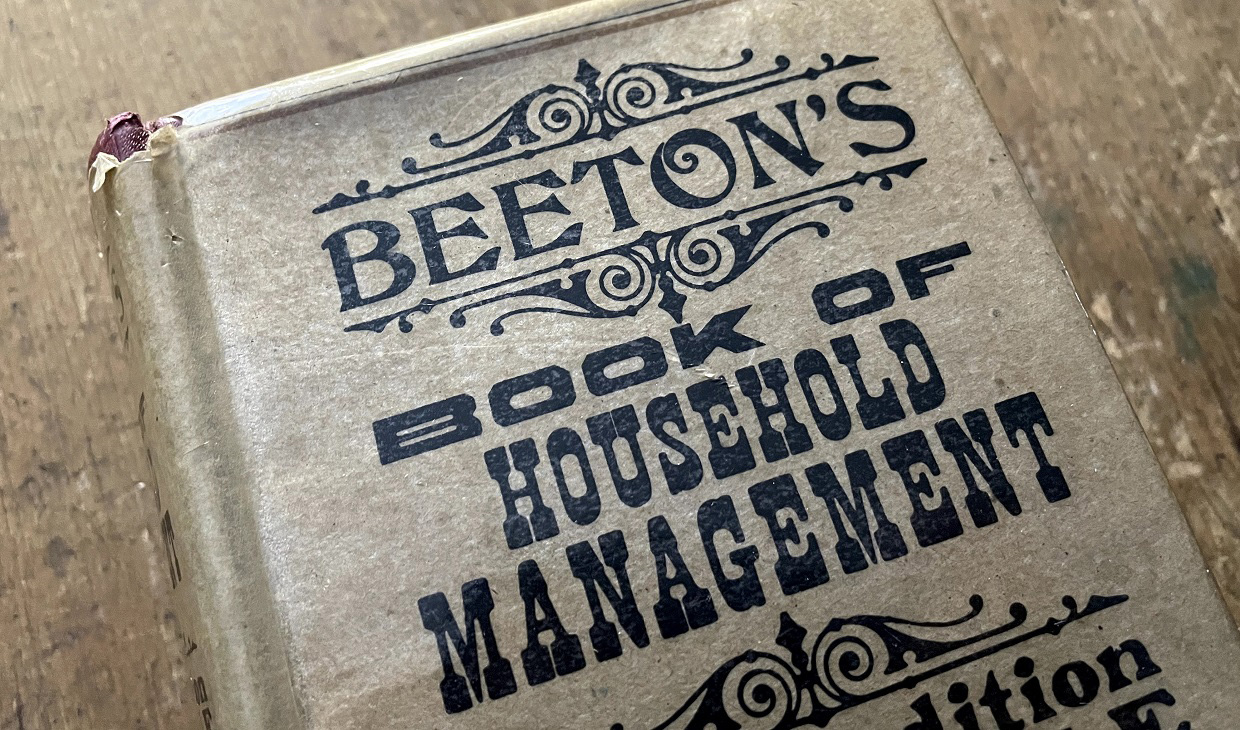 It was first published in 1877 as a fundraiser for the Hospital for Sick Children. Recipes were collected from women in and around the Toronto area. This was an important work at a time when most receipt books were originally published in England or the United States. This recipe was submitted by a Mrs. Charles Bradbury.

Mrs. Charles Bradbury’s Pretty Pudding: One tablespoon flour wet with one half cup of cold milk, the yolks of three eggs beaten, one small cup of sugar; mix these together; put one quart of milk in a kettle and set it in boiling water; when the milk is at the boiling point, stir in the above mixture with vanilla or rose flavoring; stir till it begins to thicken, then take it off and let it cool a little; pour it into a pudding dish or cups; then beat the whites of the eggs to a stiff froth, add a teaspoon of fine white sugar, and drop it on the top of the custard in rounds about as large as an egg; put a small spoon of currant or other tart jelly on the middle of each round; serve cold.

Catherine Beecher published her first receipt book in 1846, called A Treatise on Domestic Economy, followed by Miss Beecher’s Domestic Receipt-Book in 1846. Both were sold door to door!

She went on to author The American Woman’s Home with her sister Harriet Beecher Stowe, author of Uncle Tom’s Cabin. Catherine also established endowments for schools across the United States to instruct young women in the domestic arts. She believed that education in these skills should be treated as an academic subject. 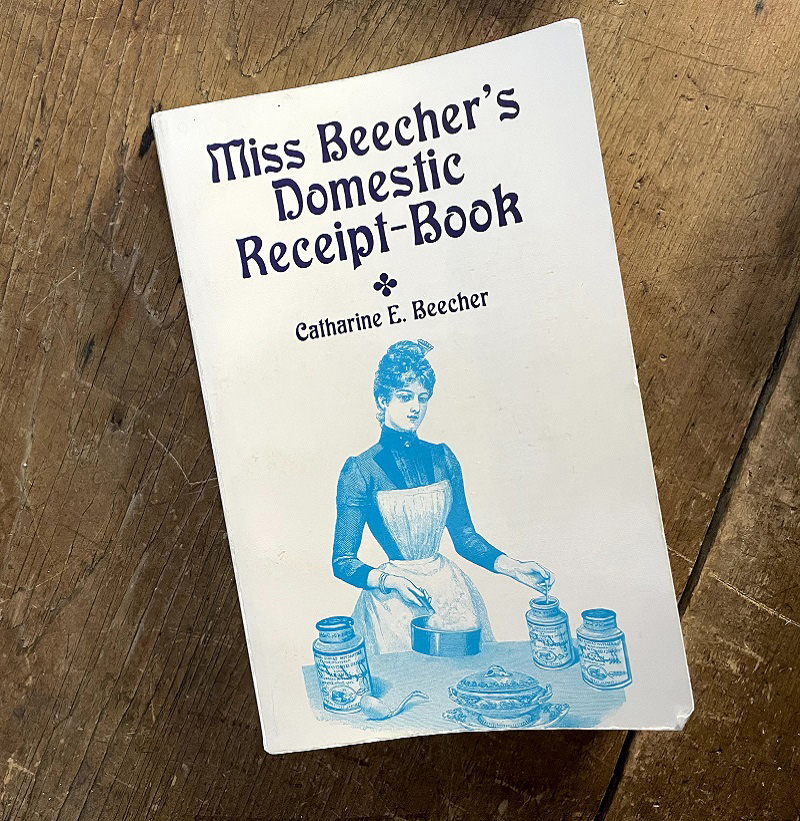 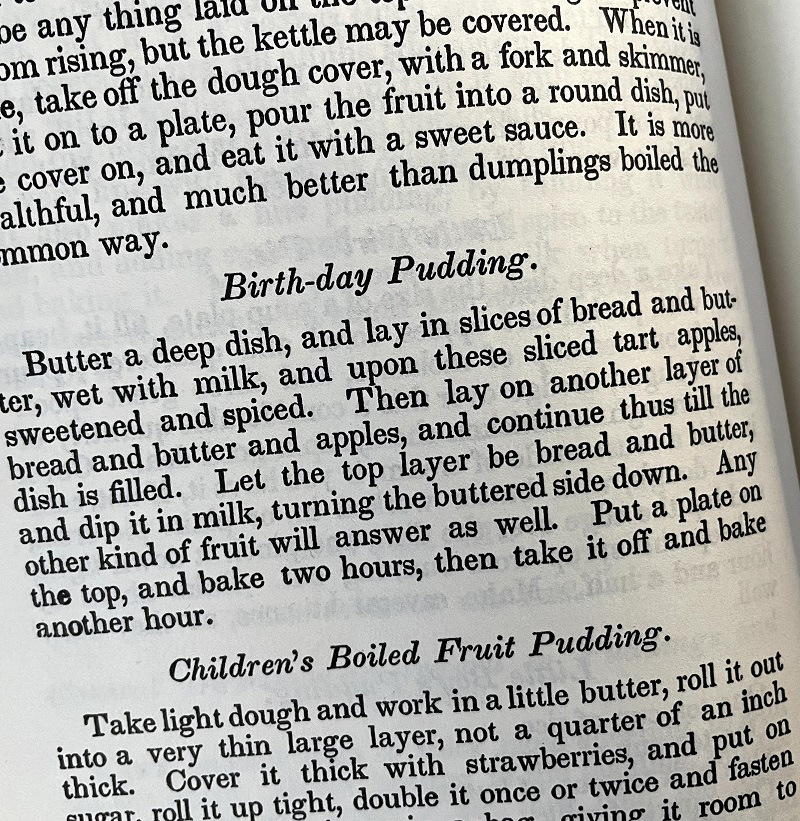 Mrs Beecher’s Birth-day Pudding: Butter a deep dish, and lay in slices of bread and butter, wet with milk, and upon these sliced tart apples, sweetened and spiced. Then lay on another layer of bread and butter and apples and continue thus until the dish is filled. Let the top layer be bread and butter, and dip it in milk, turning the buttered side down. Any other kind of fruit will answer as well. Put a plate on the top, and bake two hours, then take it off and bake another hour.