What was it like to grow up at the time of Canada’s Confederation?

Explore our online exhibit, then play the Class of ’67 interactive story — where you decide what happens! 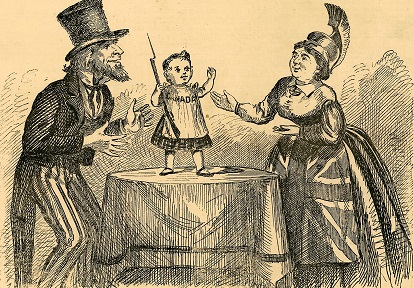 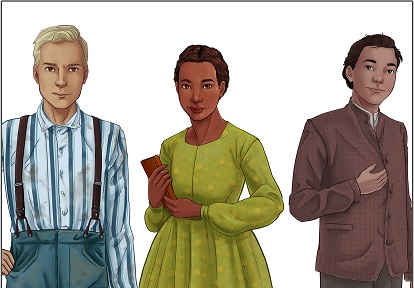 Hi! My name is James Beatty.

I grew up in the years when Canada was becoming a country.

Those of us growing up at the time of Confederation helped shaped Canada into the country we have today.

So What Was Confederation?

Canadian Confederation happened when Britain’s North American colonies got together to take care of issues that were important to them.

They wanted to cooperate in politics, build a strong economy, increase Canada’s land, and protect themselves from war.

It turned out that Britain found Canada expensive to keep anyway!

Canada became its own country, peacefully. But that’s not to say all Canadians agreed. Some were excited, some hated the idea. And some couldn’t care less! 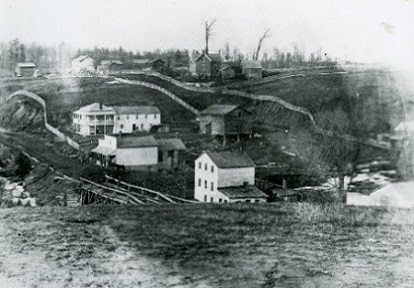 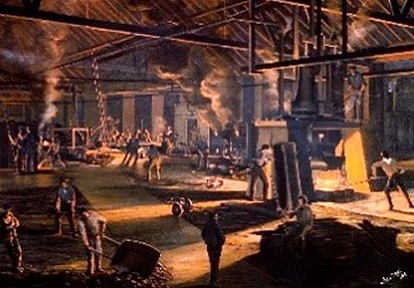 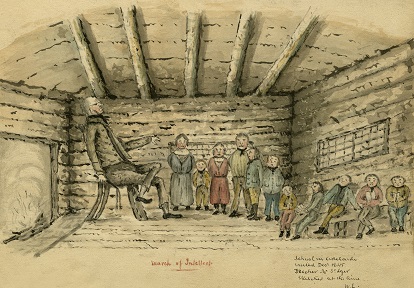 Many people living in mid-19th century Ontario were commercial wheat farmers. Local businesses such as stores, inns, and mills were often located at busy crossroads, where community hubs dotted the landscape.

In these rural farm communities, day-to-day life revolved around the growing season.

But it wasn’t all work! Outdoor fun kept everyone busy in the free time they had.

For fun, children played with toys and games, some homemade and some from stores. Toys normally had a moral teaching, often reinforcing society’s expectations of how boys and girls, and men and women, should behave.

Winter was an especially popular time for fun, with skating, tobogganing, and dancing all the rage! These kinds of activities provided the chance to be with friends, for young men and women to mingle … and maybe find someone to marry!

ARE YOU READY TO WORK?
Can you: Hold a needle? Pick up a bucket?
YOU’RE HIRED!

Industrialization was changing how people lived and worked. Toronto was becoming a larger city. The products that skilled tradespeople made, such as furniture, were quickly being replaced with mass-produced goods.

Children and adults alike found work in places like factories and mills, where the hours were long and the conditions were dangerous.

Most parents wanted their children to receive an education, but family needs were just as important. This meant that instead of going to school, sometimes children worked on the family farm or had a job outside the home to earn extra money.

When schooling became mandatory in 1871, it applied to children aged 7 to 12 — for only four months of the year!

With what time they had for school, rural children tended to go to common schools, where they learned the “three R’s” — often in a one-room school house.

Middle-class children normally attended private schools, where they received a more rigorous, classical education. Boys were prepared for university and careers in the professions, while girls were prepared to be good wives and mothers.

You’ve seen the exhibit! Now play the Class of ’67 interactive story — where you decide what happens!

Note for Teachers: Want to play the game with your students? Check out our Online Learning page for curriculum-linked lesson plans.

Note for Families: Take this adventure into life in 1867 together as a family. Debate and make decisions as a team, or play on separate devices and compare where your characters end up!

This game offers an opportunity to reflect on the challenges and opportunities facing youth in 1867 and how they overcame their difficulties to achieve their goals. At the end of the game, use the prompt questions to start a family discussion about the story that you read.