Help Care for the Animals of Black Creek Pioneer Village! 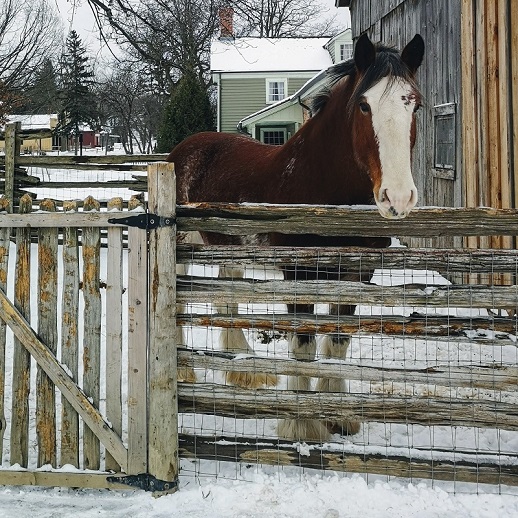 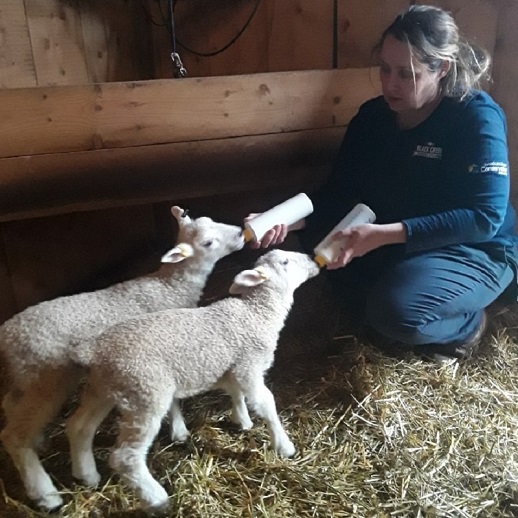 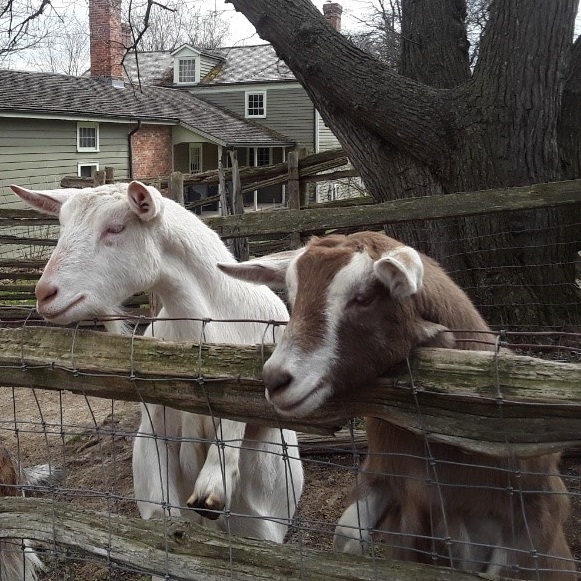 Black Creek Pioneer Village is home to more than 50 heritage and rare breed animals. Your support can ensure they continue to get the daily care they need to stay healthy and happy.

At Black Creek Pioneer Village, you’ll enjoy the chance to see how people farmed in early Ontario, and learn all about the important role that animals played in everyday life.

Our livestock staff will show you how farmers of the era tended to their animals, using them for food, transportation, clothing, and heavy labour.

Many of the farm animal breeds that were central to life in 19th century rural Ontario are now rare. The Village is home to a number of these heritage breeds, including Cochin chickens, Border Leicester sheep, and the ever-popular Clydesdale horses.

Some of the Rare Heritage Breeds You’ll Meet

In early Ontario, sheep were raised mainly for wool, but there was also a small market for spring lamb and mutton.

The Border Leicester, a Cheviot/Leicester cross, combined the good mutton of the Cheviot and the spinning wool of the Leicester. Its wool is typically white, and medium to long.

The breed, developed in England during the mid-1700’s, became popular in Canada about a century later. A hardy breed, the Border Leicester adapted well to the cold climate.

In this video, you’ll meet our Village shepherd and learn more about this versatile breed:

Settlers brought heavy horses like Clydesdales to pull ploughs, wagons, and carts, and to provide power on sweeps, treadmills, and other farm machinery. 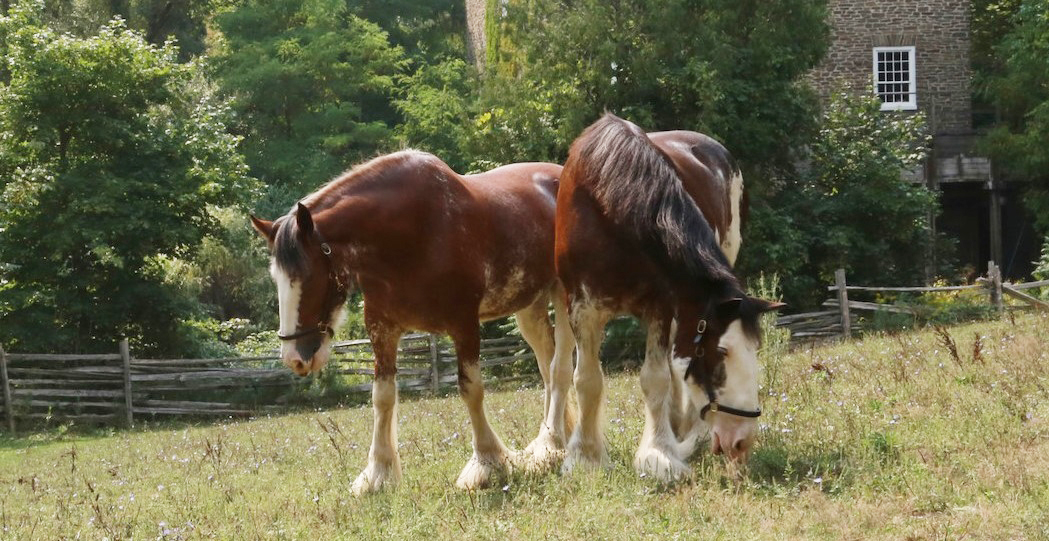 Intelligent and comparatively lightweight, the Clydesdale was an excellent farm worker, with sound feet that also made it suitable for town haulage.

Rare Breeds Canada now lists the Clydesdale as an “at risk” breed.

Learn more about these majestic animals in our “Meet the Horses” video:

These massive, heavy geese, grey in colour, were  originally bred in Southern France. The Toulouse is also known as the wild European goose. 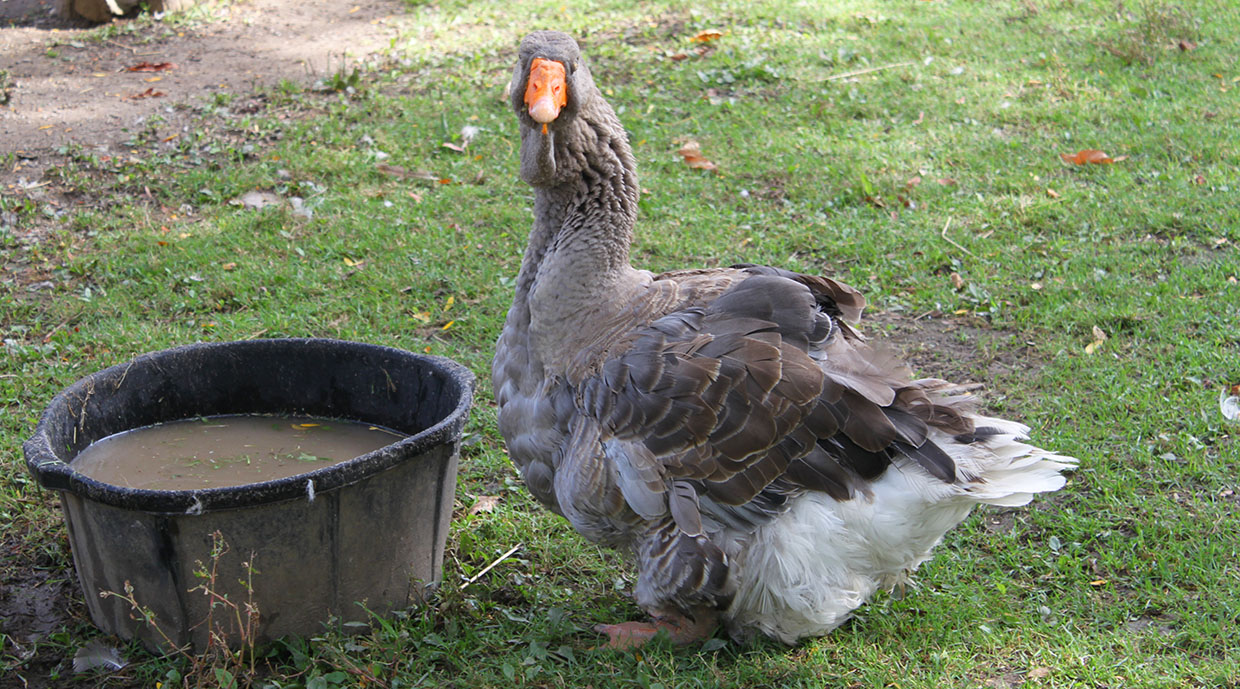 Rare Breeds Canada now lists the Toulouse as a “rare” breed, with fewer than 499 breeding females registered in Canada.

Learn why geese were so important to the 19th-century Ontario farmer in our “Goosey Gander” video:

Gland, the Ridley Bronze is the largest of the turkeys: an adult male can weigh as much as 32 pounds, and a female as much as 22 pounds. 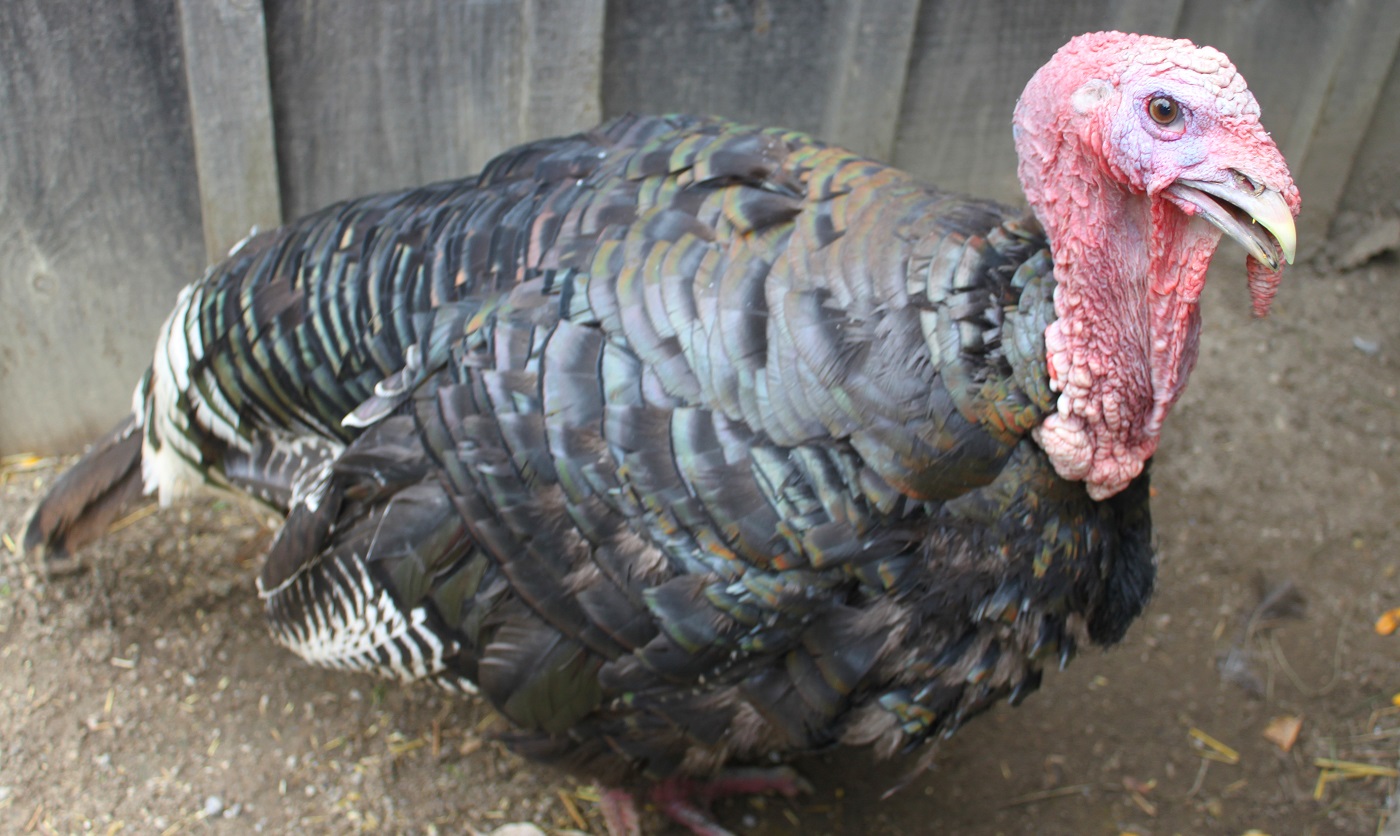 Rare Breeds Canada lists the Ridley Bronze Turkey as a “critical” breed, with fewer then 100 breeding females registered in Canada.