Your parents’ tavern is popular amongst the Irish community. You get to know the same faces after a while, and that’s a nice feeling. Sometimes, it’s almost like being at home in Ireland.

One night, a man approaches you. “May I ask a favour?”

Surprised, you nod, and he continues: “People around town have been talking about rebellion. A free Ireland, if you can believe it. We saw back in ’37 that rebels like to talk in taverns. I’m a spy, working with the government; will you let me know if you hear anything suspicious?”

You suspect that normally, spies don’t announce their presence, but you think nothing of it until a few months later. You’re just serving a nice printer named Hugh, when you hear your friend Daniel talking: “Sure, and if we can just get enough support for the Fenian Brotherhood up here … let’s meet at the Blacksmith’s later.”

You almost drop the plate. The Fenian Brotherhood is an Irish-American rebel group.* This is exactly what the spy-catcher meant! But Daniel is your friend. Typically, you’ve got to keep him out of trouble.

Should you go to the Blacksmith to see exactly what’s going on, or tell the Spy? 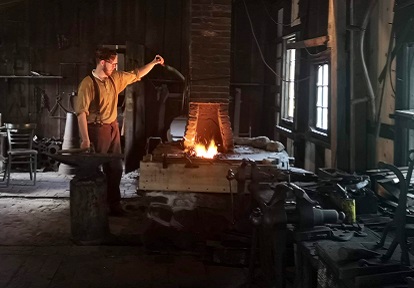 Head to the Blacksmith’s Shop 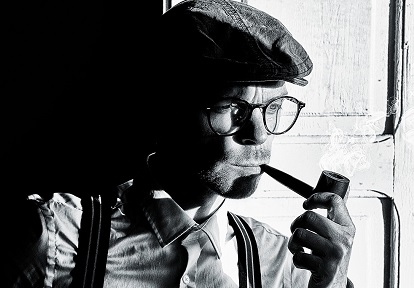 *The Fenian Brotherhood attempted several raids into Canada in the 1860s in hopes of capturing the colonies and holding them hostage until Britain granted Irish Independence. Fear of invasion from the south motivated many to support Confederation.